2016 began the full-time specials career for Striker, who was already an American Spaniel Club Best In Show Winner. We were so pleased to have Carolee Douglas join us in this venture, as she has had a lifelong love for the breed, and is involved with not only conformation, but performance as well. Striker's contributions to the breed will continue long past his career, as he is already starting to make his mark as a sire.

Click here to read the full article in the February, 2017 issue of the Canine Chronicle 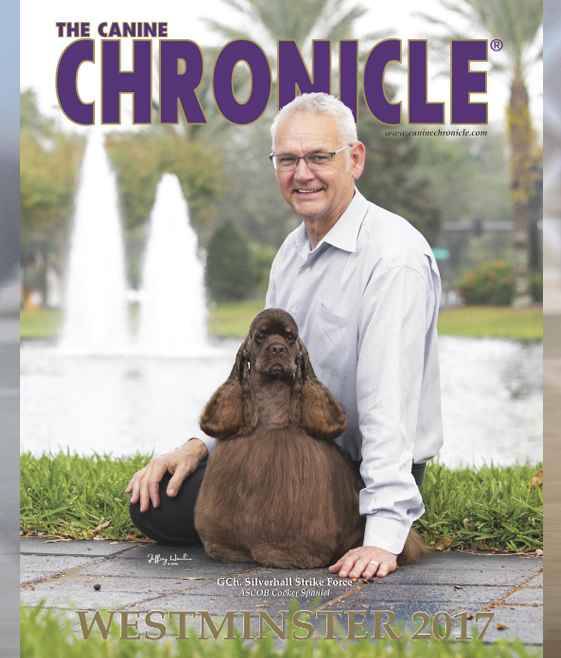 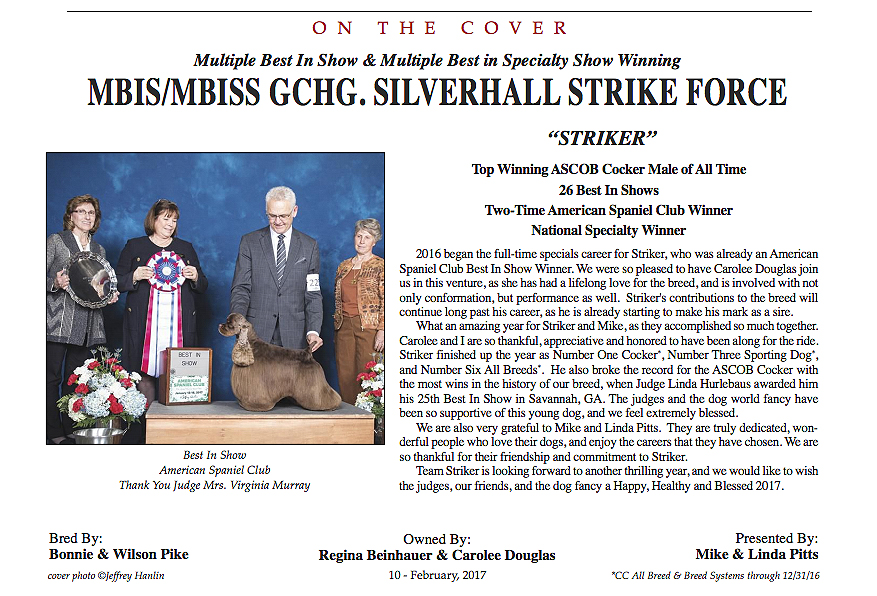